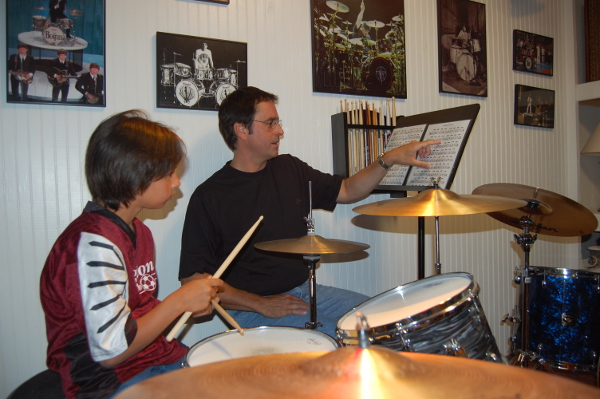 My music career started in the 5th grade when I was handed a practice pad and took my first drum lesson. I went on to perform in all of the musical groups that the town of Arlington had to offer including the Jr. High School band, The High School Orchestra and Concert Band, followed by the Marching band and Jazz band. During my years with the school bands, I received private drum lessons from several instructors and later studied with legendary jazz drummer Joe Morello from the Dave Brubeck quartet. I always considered these one on one lessons to be the key to my drumming success.

After graduating from college, I played with numerous bands and music projects ranging from pop and rhythm and blues to classic rock and pick-up jazz trios. I have been involved in the recording and production of several original music projects one of which took a star turn when I landed an audition on TVs Star Search in the 1980s. These pursuits have collectively helped round me out not just as a drummer but as a musician.

Several years and many bands later, I still perform from time to time but my focus has switched from playing for others to teaching others.